With a passion to always inspire others around him, Dr. Maninderpal Mand takes joy in bringing medical care for those that are not as fortunate as him. He relies on his humanitarian efforts to assist these individuals. In addition, he goes above and beyond the Hippocratic Oath to uphold professional and ethical standards. Maninderpal Mand was nutrured by the forces of wisdom, dignity, as well as patience. He strives to conduct his business with integrity, honor, and diligence of work.

At the young age of ten, Maninderpal’s father took him under his apprenticeship. Under his father’s apprenticeship, he learned the ins and outs of his family hospitality business. The family business, at the time, was in the construction industry. They provided their expertise to both residential as well as commercial properties in the area. In fact, the family business built 170 condos in Brampton and another 125 in the city of Toronto. Moreover, the most significant portion of their business focused on rental properties. Over time, the company grew significantly and began to fully develop and expand into the hospitality industry.

Dr. Maninderpal Mand attended the University of Western Ontario. Situated in London, Ontario, Canada, his undergraduate studies were in Science. Upon completion of his undergraduate degree, he furthered his education and had his medical school training abroad. In addition to training abroad, he also underwent his internship at numerous hospitals in Ontario, including the University of Western Ontario in London, University of Toronto in Canada, and McMaster University in Hamilton. Once he graduated, Maninderpal Mand traveled to the US and started working at Cook County Hospital. There, he began his career journey and acquired life-long skills that will serve him in the coming years.

While spearheading the family business expansion plans, Dr. Maninderpal Mand also opened his own practice. His clinic specializes in pain management, something that he’s hoping to provide for his clientele. The clinic opened in St. Catherine’s, Ontario, which is just minutes away from the stunning Niagara Falls. In addition, he served countless patients in his clinic over many years until he eventually sold the practice in 2018 to focus on other ventures.

Staying true to his lifelong dream of making healthcare services more accessible, Dr. Mand has developer plans that will drastically improve people living in rural Canada. In fact, he currently has a new project that is under development in Bolton, Ontario. With this new project, he is hoping to build a twenty thousand square foot medical center. The medical center is designed to accommodate and assist patients in a wide variety of ways by providing healthcare services.

The purpose of this website is for Dr. Maninder Mand to humbly showcase his prior achievements, connect with like-minded individuals, and promote his upcoming project. As an entrepreneur and doctor, Dr. Mand wishes to inspire others that are also hoping to start their own business. 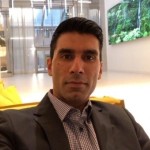